Here are some selected past examination questions and suggested (specimen) answers for them. Read them carefully and try to master the art and technique of answering exam questions.
1. Define legitimacy.
Legitimacy may be defined as the acceptance of a governing regime (government) as an authority. In other
words, the legal right to rule a country is called legitimacy. A legitimate system of government is one
which is based on authority. It means that those subject to its rule recognize its right to make collective
decisions and implement laws, policies and procedures.
Legitimacy may also be defined as the extent to which the citizens obey, without questioning, the laws and
accept the policies, the procedures, acts, decisions, officials and the leaders of the government and the system,
structure and manner of administering the government. In other words, the widespread belief and feeling
among the majority of the population of a country that the government's rule is rightful or legal is known as
legitimacy. It must be noted that legitimacy is judged in the court of public opinion, not in a court of law.
Carlton C. Rodee defines legitimacy as "the extent to which citizens regard the State, its institutions, its leaders or
policies and programmes as morally right or acceptable."

Posted by Besari at 1:00 AM No comments:

Lesson 1: Discussion of constitutionalism and its relationship to human rights

For genuine democracies, constitutions consist of overarching arrangements that determine the political, legal and social structures by which society is to be governed. Constitutional provisions are therefore considered to be paramount or fundamental law. All other laws within a country must abide by and follow the principles of the constitution. Under these circumstances, if constitutional law itself is inadequate, the nature of democracy and rule of law within a country is affected. This will affect citizens' human rights, which can only be realized and protected under a rule of law framework.

The structure of modern nations has been shaped with government being divided into executive, legislative and judicial bodies, with the commonly accepted notion that these bodies and their powers must be separated. This is one of the most fundamental tenets of modern governance, and as such is a key characteristic of any constitution. Of course, the separation of powers does not mean these bodies function alone, rather they work interdependently, but maintain their autonomy. Other tenets include the idea of limited government and the supremacy of law. Together, these can be termed the concept of constitutionalism.

In other words, constitutionalism is the idea that government should be limited in its powers and that its authority depends on its observation of these limitations. In particular, these limitations relate to legislative, executive and judicial powers. A constitution is the legal and moral framework setting out these powers and their limitations. This framework must represent the will of the people, and should therefore have been arrived at through consensus.

If these are taken to be the basic tenets of constitutionalism, then not all states with constitutions will have embraced constitutionalism; authoritarian governments or military dictatorships do not fulfil the tenets of the supremacy of law or the separation of powers. The judiciary in Cambodia for instance, is highly subordinate to the executive, blurring boundaries between the two arms of government. The huge number of disappearances of alleged political activists in Pakistan is a clear violation of the rule of law. The message sent to society in these cases is clear: it is not the constitution that reigns supreme, but those in power. It is therefore important to distinguish between adopting a constitution and genuine constitutionalism. This distinction becomes particularly important when constitutions are adopted to protect the interests of the ruling regime. A constitution is not merely a document introduced by the state with the title of 'constitution'. Many authoritarian regimes introduce such documents to justify arbitrary rule. Thailand for instance, has had a new constitution virtually every time there is a change of power. A genuine constitution however, is an attempt to limit and reverse all forms of arbitrariness.

Authoritarian governments are by their very nature unconstitutional. Such governments think of themselves as above the law, and therefore see no necessity for the separation of powers or representative governance. Constitutionalism however, is primarily based on the notion of people's sovereignty, which is to be exercised--in a limited manner--by a representative government. The only consensual and representative form of governance in existence today, is democratic government consisting of multiple political parties, fair elections, freedom of opinion and expression, and the rule of law. In this way, there is a very important and basic link between democracy and constitutionalism.

Just as mere constitutions do not make countries constitutional, political parties and elections do not make governments democratic. Several Asian countries have been termed 'illiberal democracies', for while they have periodic elections, they are not governed by the rule of law and do not protect the rights and liberties of their citizens. India and Sri Lanka are both examples of such countries, where the politicization of public institutions is common, where politicians and government officials are deemed above the law and where there is significant violence against minorities and marginalized groups. Genuine democracies rest on the sovereignty of the people, not the rulers. Elected representatives are to exercise authority on behalf of the people, based on the will of the people. Without genuine democracy, there can be no constitutionalism.

A framework for a country's governance and structure cannot be laid out without deep intellectual and societal agreements on political, legal and moral issues. In order to arrive at such agreements, there must be considerable public debate and discussion prior to the adoption of any constitution. Such discussion must take into account that all societies will have conflicting interests. While certain interests will inevitably predominate, the impartial protection of rights and liberties should ensure that such dominant interests do not harm others. Drafting a constitution is therefore very much related to democracy and the rule of law.

Modern constitutions have tended to be written in the aftermath of colonial or military repression. They therefore learn from the mistakes of history, and write into new constitutions numerous limits and obligations of government. The 1947 Constitution of India for instance, paid much attention to the rights of individuals to participate in political affairs, as well as the duties of the government in protecting these rights, in particular by limiting the powers of arrest and detention. This was a direct consequence of colonial history, which saw hundreds of political activists taken away and tortured.

1. "Constitutionalist" redirects here. For parties called Constitutionalist see Constitution Party.
Constitutionalism has a variety of meanings. Most generally, it is "a complex of ideas, attitudes, and patterns of behavior elaborating the principle that the authority of government derives from and is limited by a body of fundamental law"
A political organization is constitutional to the extent that it "contain[s] institutionalized mechanisms of power control for the protection of the interests and liberties of the citizenry, including those that may be in the minority". As described by political scientist and constitutional scholar David Fellman:
Constitutionalism is descriptive of a complicated concept, deeply imbedded in historical experience, which subjects the officials who exercise governmental powers to the limitations of a higher law. Constitutionalism proclaims the desirability of the rule of law as opposed to rule by the arbitrary judgment or mere fiat of public officials…. Throughout the literature dealing with modern public law and the foundations of statecraft the central element of the concept of constitutionalism is that in political society government officials are not free to do anything they please in any manner they choose; they are bound to observe both the limitations on power and the procedures which are set out in the supreme, constitutional law of the community. It may therefore be said that the touchstone of constitutionalism is the concept of limited government under a higher law.
Posted by Besari at 12:43 AM No comments:

Purposes of constitutions
i. Constitutions establish a supreme law of the land. They state the fundamental laws of society and are not meant to be easily revised.
ii. They serve as a yardstick by which any activities of the government or the people are to be measured or evaluated.
iii. They indicate the values, ideas and goals that seem to best express the spirit of the national political culture.
iv. A constitution is also a blue print and a plan of government. It is a written description of who does what in government, defining the authority and limiting the powers of each branch and providing a mechanism for the resolution of conflicts.
v. A constitution also outlines the division of power between central and regional governments in a federal state. In a federal system of government, powers and responsibilities are divided between the national (central) government and several state or regional governments. Malaysia is a Federal State. Its constitution gives the central government control over certain areas of responsibility, such as defence, foreign affairs, finance, trade, education and health.
vi. Another role of a constitution is to give a government the stamp of legitimacy. Many nations in the world community will not even recognise a new state until it has adopted a written constitution. Constitutions proclaim the values of a new regime while also establishing a permanent outline for the organisation of government. As a symbolic statement of intentions with a practical outline of structure, a constitution helps to set the stamp of legitimacy on a new government. This is the main reason why almost every nation has adopted a constitution as soon as gaining independence. 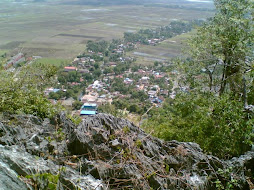 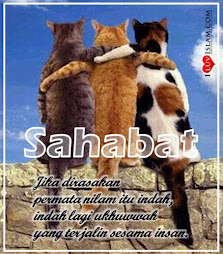